The Battle of the BBQs: Gas or Charcoal?

The days are getting longer, the evenings lighter and the air warmer. With Summer fast approaching so too is the much-anticipated barbecue season. As barbecues get pulled out from sheds and garages, the annual debate of gas or charcoal BBQ begins. And, if you’re on the lookout for a new BBQ this year, you’ll likely be torn between the efficiency or convenience of gas and the flavour of charcoal.

So, what is better, gas or charcoal?

Gas BBQs are exceptionally easy to use and provide instant heat with the push of a button. As long as your gas cylinder is full, you can have your barbecue fired up in a matter of seconds. And once it’s lit, you can easily monitor and control the temperature of your gas BBQ, much like you do with your kitchen oven.

However, getting a charcoal BBQ to light can be a bit more difficult. And, even once you’ve managed to get a flame going, you’ll still have to wait until the coals have turned white before you can start cooking.

That’s why this round of gas or charcoal BBQ goes unquestionably to gas.

As it’s the taste alone that makes barbecuing stand out from any other form of cooking, it’s likely you’ll want to choose an appliance that can produce that sought-after barbecue flavour.

With a charcoal barbecue, you’ll find that smoky aroma and intense taste that we all love and want. And, the longer you cook your food for, the stronger the flavour profile is going to be. As charcoal barbecues produce more smoke than gas, smoking is also becoming a popular method of achieving that maximal flavour.

Unfortunately, this is where gas may fall short for some. While still able to produce food that’s perfectly cooked and full of flavour, a gas barbecue can’t deliver that smoky flavour that charcoal provides.  To replicate the taste of a charcoal BBQ, you would need to add a smoke box and woodchips to the cooking surface of your gas BBQ.

Once the flame has gone out and your food has been eaten, your barbecue will need to be cleaned, no matter what fuel type you use.

Charcoal barbecues produce a large amount of ash which will need to be removed from both the bottom of the grill and the ash catcher. It’s likely that grease will drip between the grates when cooking, which can lead to a stubborn build up if not cleaned regularly and thoroughly. However, gas barbecues also have their challenges. Carbon and grease can build up below the burners which can cause a potential fire hazard, if not removed.

Whether you choose between a gas or charcoal BBQ, both will require special care and maintenance to ensure optimal performance and decreased risk.

Choosing a Gas or Charcoal BBQ

Once you’ve decided between a gas or charcoal BBQ, you’ll want to choose a high-quality appliance that provides an exceptional barbecuing experience.

Do you want the ease and convenience of gas but don’t know which is the best gas BBQ available?

Broil King gas BBQs are one of the most versatile and easy to use barbecues on the market. Whether you want to roast chicken, sear steak or grill lamb chops, Broil King barbecues have the ability to adapt to your culinary needs, allowing you to create restaurant-quality meals from the comfort of your own garden.

Available in a huge range of sizes, from their compact Porta-Chef 120 to their powerful Imperial XL, Broil King have a gas BBQ for every size garden and family.

Known worldwide for their advanced designs and technological features, the Big Green Egg is certainly the best charcoal BBQ available. Ready to start cooking within 12 minutes of lighting, the Big Green Egg provides unrivalled heat retention for intense depth of flavour in every cook. And, with a responsive thermometer attached, monitoring the temperature inside your charcoal BBQ has never been easier.

Available in four sizes, each Big Green Egg has been designed with the same tried and tested features, for exceptional results across all products.

So, which is it going to be, a gas or charcoal BBQ?

The choice is completely dependent on your personal preference. If you want an appliance that’s easy to light and control, a gas BBQ will be more suitable. Yet, if you want the rich, smoky flavour of barbecuing, we’d recommend a charcoal barbecue.

If you need further advice on choosing between a gas or charcoal BBQ, feel free to get in touch with our team at Topstak.

You can also view our dedicated Barbeque site here [ TopBBQ ] for our full range of: 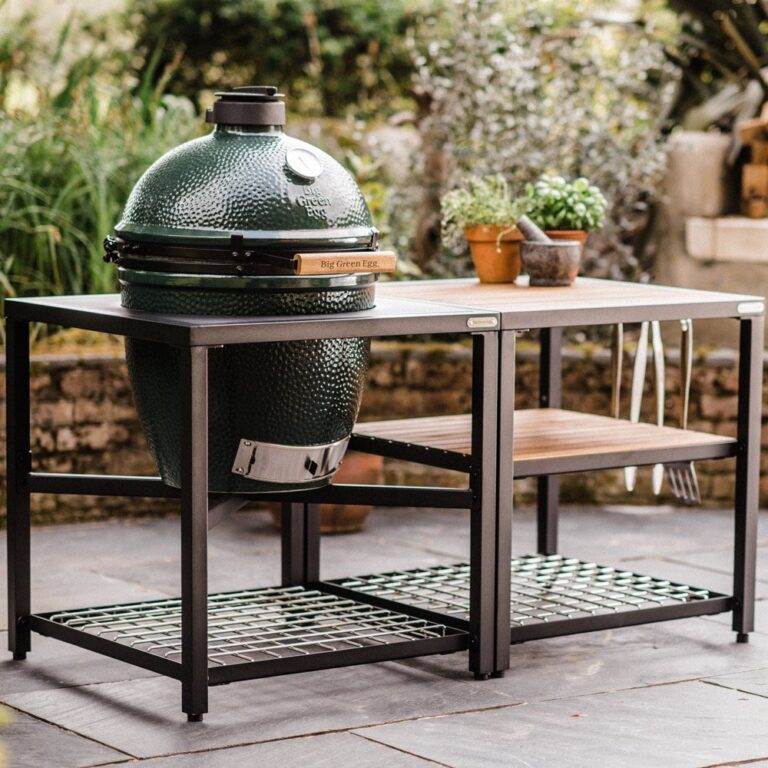 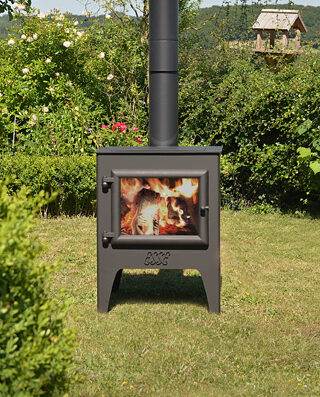 Get grilling with our Topstak range of charcoal and wood fired BBQ’s!